I don’t get how I still have award blogs to do like I make one every week! I’m actually almost out so if you’ve nominated me and I haven’t done it, please put the link in the comments again. I’ll probably end up doing the types of awards where they nominated everyone reading it (shout out to those people- you are appreciated 😂) Anyways, I was nominated by Cityofquiet (she is awesome btw so if you’re not following her then, what are you doing? 😂) Let’s get starteddd.

Is that even a question? SINGLE POTATO FOR LIFE! 😂😂 By the way,  do any of you remember moviestarplanet? It was this dumb game where you make movies, become “famous” and buy clothes for your avatar. I was so obsessed with it omg. But I had a boyfriend on there for like 2 days – smh I was like 8.

There’s TOO much!! 😂😂 I’m going to make a separate blog on the most embarrassing one but for this question, I’ll share one of my most recent ones. So basically I was at a grocery store with my dad and usually in grocery stores, I just live in my own head because there’s  nothing better to do. 😂 I was pushing “my” shopping cart and then I heard someone say “um excuse me“. I didn’t think they were talking to me so I kept walking until I heard another “ma’am excuse me“. I turn around and this man was there like “uh that’s my cart” 😬 and I literally had the latest reaction ever like “……oh. OH! I’M SO SORRY!!!” I then awkwardly sped walk away. 😊😊

AHHAHAHAH this happens all the time with my best friend Raya. So every time we go to the mall, we get bubble tea or a chocolate  milkshake and for some reason, we keep recalling memories that make us both laugh. When we used to go to Saturday school, there was this water fountain and every time one of us would go for a drink, we say the same inside joke. You’d think that after some time, it would not be funny anymore but that wasn’t the case with us 😂😂 There are so many other memories from 5th grade I still laugh at to this day but here are three.

I bet everyone reading this is like “*cricket*” but oh well. 😂

Wow thanks a lot. 😂 In case you didn’t know, I have the IPhone 765XXY and it even comes with an invisible screen and phone case like can this get any cooler?

I made a whole blog post on this so if you haven’t read it.. -> Stupid Things I Believed As A Kid

First off, Miranda Sings is queen but I like her persona a bit more than watching her videos. Like they used to be really funny but I dont know- I’m just not feeling them anymore. I STILL LOVE MIRANDA THOUGH! 😂 Anyways, my two favourites are Cjades and Simplynessa15. I love how real and outgoing Simplynessa15 is. I also like Cjades because her scary storytellings are bae and she’s really funny too. 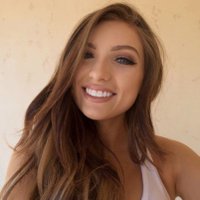 It’s too hard to pick. At the moment – “I Miss You” by Clean Bandit. I work on songs to sing every once in a while and the most recent were “Send My Love” and “River Of Tears”. “Moonlight” was also stuck in my head for like a week.

I don’t want a HUGE mansion but maybe a villa? To be honest as long as I live with people I love- I don’t really care how small or big the home is. But as for the interior, girl it better look tumblr! 😂 Probably lots of fairy lights and lavender and marble. A theme would be really cute. And an outdoor basketball court would be nice. Anddd a storage room full of Takis. Andddd an indoor roller coaster to go up and down the stairs. I’m being totally realistic here. 😂

Hmm I’m not even sure. Probably whale blubber – yes, I’ve seen it in 4th grade because this guy came in from Iqaluit to show us some things. It was pretty cool!

ARCHIE! 😂😂 Okay foreal… omg this is actually really hard….character? I watched so many TV shows!! Mary Choy is probably one (actress: Maite Beorlegui) Hmm.. OMG Keriman from Paramparca 😂😂 She’s really funny. Idk! I don’t know if I have a favourite.

Anddd that’s about it. See you on Friday.