You’ve got to be kidding me. Already?! Not gonna lie, May was a pretty long month but things from here are going to fly and I’m not ready. It’s already June 7th (sorry for the late post) and there’s like 2 weeks of school left! This month was great so I can’t wait to share how it went with you. And beware, this post is super long so just bookmark it and read when you’re stranded on a deserted island (and somehow service is only on when you read my posts – I’m so logical 😂) or just skim through to what interests you. As always, make sure to read my last wrappers post if you haven’t and let’s get started.

The month started off with an aMaZiNg event called “Track & Field”. Make sure you read this post if you haven’t already. Another aMaZiNg event we had this month were speeches. I literally stressed so much over it and ughhh I’m SO glad it’s over. I kid you not, I finished the introduction and conclusion one day before presentations. 😂 I’m so glad my mind finally decided to work though and I’m kind of proud of the way the speech turned out. Now I was really stressed about everything but of course I won’t present first – that just never happens – so I’m like I’ll most likely go tomorrow so no need to stress. But I was WRONG. Our teacher put names on this spinner (which is cursed, might I add 😂) and out of everyone in the class, my name came FIRST. Are you kidding me?!!! 😂😂 I was so annoyed ugh and throughout my speech, my lips got so dry and I probably mumbled through the whole thing. I have such a great support system in my class so everyone literally lied and said it was good. 😂 I’m grateful I got it over with though because now I can just relax while listening to everyone else’s speeches.

Or so I thought.

Our teachers decided to host a fricking SPEECH OFF between everyone in my grade. We had to vote the best two speeches from every class to present in the gym and miraculously, a lot of people voted for me like whatttt?! 😂😂 I was happy but at the same time, I had to go through the stress again in front of triple my class. Thankfully, I don’t have stage fright but um I definitely have the fright of like forgetting everything in the middle of the speech so… 😂

The speech off was supposed to be finished in a day but get this. When it came to me, we ran out of time so me and this other guy got to go the day after! My luck finally made a comeback again. 😂 One of the teachers wasn’t going to be here to see my speech so she asked that I present it to her privately. My speech is a comedy so I’m glad she actually laughed or else it would’ve been awkward. 😂 In terms of presenting it in the gym, I’m so relieved I didn’t mess up. People cheered for me before and after my speech like augh they’re so nice. People I never talked before even came up and said it was good like omg??? 😂 Although it was stressful, it was a really great experience!

I completed the math contest I talked about in March Wrappers. You won’t believe what happened! So it was at 7:30 am and I set my alarm for 6:45 am, right? But guess what? I DON’T wake up! I was so pissed at my potato self for sleeping in. I didn’t even hear it! Thankfully, my parents woke me up at 7:25 am which is not so thankfully because what?! The test was starting in 5 minutes! I never got ready faster but I didn’t even have time for breakfast or even brushing my teeth so my breath was literally killing me. Why is morning breath even a thing?!

I made it there at 7:45 and thankfully, the beginning of the test wasn’t too hard. There are three sections called A, B and C. A was really easy, B was medium but I was able to do it and C was out of this world.  😂Guys, I’m not even kidding – they literally asked how many combinations I can make out of this path on the grid and there were so many guidelines to it like “the two lines can’t intersect more than once” and “make sure to calculate the mass of the sun”??? You won’t even believe the multiple choice options – 154, 155, 156, 157 or 158 like WHAT?! 😂 There was no formula for it whatsoever and there was no way I was going to sit there making up 157 combinations out of this 3 by 7 grid. We got our results back and I got 104/150 (it’s a point system – the actual test is out of 25) which isn’t really bad because first place got 129 so we weren’t too far off. I got all of part A right, one wrong on part B and surprise surprise, part C was all wrong. 😂😂 I got a participation certificate but oh well – I’m proud of myself. 😂

At the end of the month, we had a health & nutrition assignment where we bring in food and share nutritional value. I made pizza (well my mom made most of it) and did a video tutorial – it was SO cringe. I literally couldn’t stop laughing and my voice was so valley girl like ugh. 😂 The worst part was I literally just had to stand there while the video was playing and it was the worst thing ever because I hate hearing my voice on recording. It’s not my voice, it’s the device. 😂 Everyone liked the pizza and I got a good grade on it so I’m happy that project worked out! I got so much pity for not being able to eat the other foods because I’m fasting like it’s fineee. I wasn’t even hungry but the teacher checked on me like every two seconds to see if I was surviving. 😂 I took some the in a container so that part worked out. 😂

My teacher asked if two friends and I were willing to volunteer at the Track & Field Regionals. We passed out medals and ribbons but I literally got tired of saying “congratulations you are first place” and “unfortunately, you didn’t make it in the top 6”. I was so exhausted at one point that I said “congratulations but you didn’t make it in the top 6” like what?? 😂😂 We laughed so hard. And then there was this girl who had the same last name as my science teacher so we were like freaking out but turns out she wasn’t even related…awkward. 😂 My old school came and we were all fangirling. My best friend from this other school was even there. I haven’t seen this guy since 5th grade and oh my god, he’s so old now like whattt. 😂😂 The phone wasn’t ringing so I ended up being like 50 minutes late to my brother (oops!) but other than that, it was a fun day.

Remember the new friends I made in Track & Field? I got to know them some more this month and there’s this one japanese guy – we’ll call him Wolly – and he’s SO funny. There’s also this other girl – we’ll call her Elm – and she’s super nice. We have a lot in common but I didn’t see her much all year because she stays inside for most recesses. Wolly, Myrah and I are like best friends now though. 😂

We have a bunch of assignments due in June but I’m so glad it’s almost over. 😂

So Ramadan has begun and it’s been great so far! We have one week left like whattt it went by so fast. The second day of Ramadan was the hardest though. I had the worst headaches and my body ached all over. I was so so tired like I have no idea why this all decided to crash on me the second day. But the day after I was completely fine! Alhamdulillah, I was able to fast all the days so far with ease. Before Ramadan, I went to this bazaar and got a new abaya. We also got the fairy lights from my DIY Ramadan Banner + Crafts post from there. I finished my Spring & Summer shopping in May as well. I’ll do a haul on that soon.

I attempted to go running with my brother which was the worst. thing. ever. I aimed for one 800 m lap but ended up doing half and STILL dying like what?? Running and I are like oil and vinegar. It’s just not meant to be, you know? 😂 My legs can physically run but my breathing is like vdyehbjsahdgeg8yihdjs. Even when I have a pace, the wind is so sharp and my body’s literally holding a funeral for my throat and nose. I gave up and attempted to practise my speech but BAM a zillion fruitflies, mosquitoes and bees come out of nowhere like what are they even doing?! They’re just casually hovering above me like do I look like a trash can or what? . I obviously freaked out, ran in circles and everyone probably thought I was mental because to them I was talking to myself and then running around for no reason. Little do they know I was practising for my speech and there were A THOUSAND INSECTS HOVERING ABOVE ME WHEREVER I GO! Sorry that got a bit aggressive but never judge a situation by its cover. 😂

I read two books this month and they’re SO good. Let’s fangirl in the comments if you’ve read them.

Nothing too eventful happened here but I got SO many weird dreams like ??? Please just skip this unless you are bored. 😂 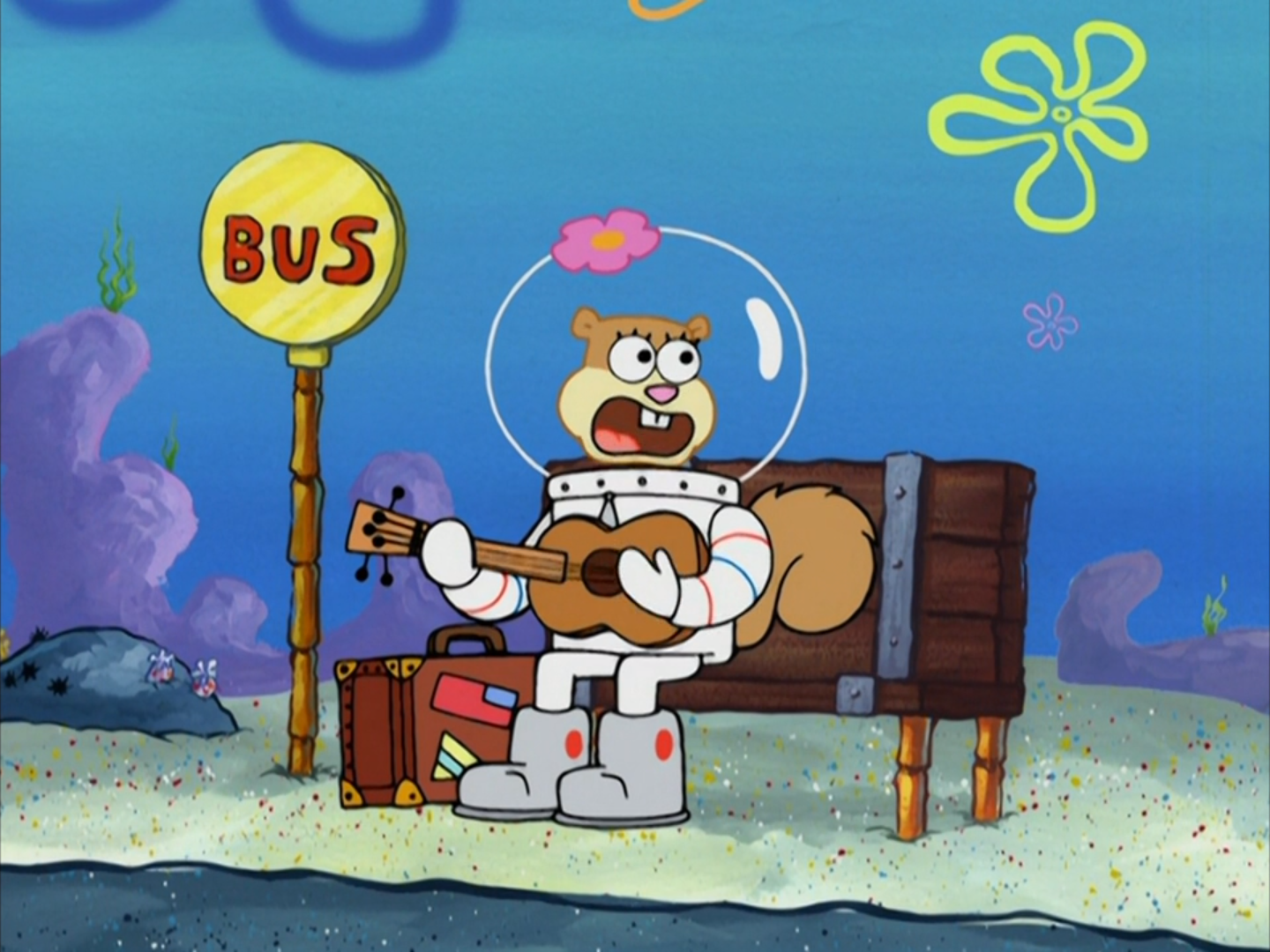 I had a few more but you guys are probably dying from how weird my brain is.

I LOVED Wamby and OmgRyry’s blogs. I only discovered them this month so it gives me hope that I didn’t follow ALL the amazing bloggers out there and there’s still more to find (feel free to leave your self-promos) Seriously though, Wamby’s so fricking funny like you guys NEED to read her Awkward & Embarrassing Stories. I need to dedicate a day to binge-reading all her posts. Ryry is so sweet and funny and aah her writing is amazing! You guys NEED to read her Truth Or Dare Responses (I made her do the weirdest dares 😂) and her TMI Tag is amazing!

Thank you to everyone who liked and commented on my posts this month!

Fav Song: Wild Things (again but we’re doing it for this group dance)

Fav Movie: I don’t think I watched any.

Fav Day Of The Week: Tuesday.

Fav Quote: “Don’t get confused between what people say you are and who you know you are” – Oprah

I totally forgot the goals I set this month.

25 thoughts on “May Wrappers”