Puberty. None of us can avoid it. Other than the new curves and the glow ups that puberty bring, there’s that awkward stage where acne, voice cracks and mood swings come at you like a hurricane. Some of us undergo this longer than others and thankfully, I was one of the luckier ones who doesn’t get much acne and voice cracks but I won’t speak too soon and jinx myself. I wanted to start BAM (Bayance’s Awkward Moments) for the longest time but then I realized I already had an awkward crush story from last year so I thought I’d just continue the series using My Awkward ____ Stories. “Let’s get real:” is enough “:”‘s for my titles. 😂 We’re starting off today with voice cracks because your girl has some embarrassing stories to share. Here are some other topics I have in mind:

I know, grocery shopping. 😂 These are just a few so you can look ahead but leave any suggestions you have in the comments and I might even expand this series and take some of your entries as well! But without further ado, let’s get starteddd.

When I was in the 6th grade, I made it to my school talent show as Miranda Sings. I did fine in the first comedy performance in front of the kindergarteners and parents (they were terrified, I don’t blame them) but when it came to the second one, I literally messed up on the first line. I was trying to say “Hey guys” in the Miranda accent but my voice literally couldn’t function for a millisecond and it squeaked off two times in a row. People laughed and thought it was part of the skit but trust me, half the things I did were completely accidental. 😂

Now this one isn’t too much about voice cracks but I was starting to get sick and my voice cut off out of nowhere when I was on a phone call with my best friend. We were in a middle of a conversation and I had to take a second to cough but unlike other coughs, this one completely knocked off my voice. I couldn’t even communicate at this point so I literally had to use all my brain cells to whisper-yell and end the call. 😂 It was so abrupt and I literally lost my voice for 3 days after that.

me but probably choking on my food

I had no idea what to call this but when I was 12, my voice would randomly turn a little deep out of nowhere and I’d sound like a guy?! 😂 I hope this happens to everyone but basically there’s like this feeling in the pit of my throat and it slightly alters my voice until I cough it off. It’s easy to get rid of but sometimes I think it’s cool and keep it for a while to mess with people. Wow this is coming off weirder than I thought. 😂 It isn’t too deep and it rarely happens anymore but anyways. It was my birthday and my music teacher played happy birthday on his guitar. But instead of saying my name, he said my friend’s. And I laughed until mid-laugh, my voice turns weird and everyone laughed at his mistake but at one point out of confusion because of my weird voice. This is really not coming off the way I want it to but I can’t be the only oneee. 😂

One time in UAE, I had to read this passage for the prophet’s birthday explaining a hadith in English. I kid you not guys, my Islam teacher handed anything to do with english public speaking to me like the opportunities that year were like skyscrapers. 😂Anyways, I was handed the sheet on spot and omg you guys speaking into microphones is so hard for me like I can do public speaking with my normal voice but microphones? Sis I don’t need to hear my voice echo back. 😂 I was reading through but every time I ran out of breath, I would swallow my breath for some odd reason? And I don’t know if anyone noticed but it was so annoying and ughdhgfhr!

5. When I Thought I Could Sing

And finally, the time I thought I could sing. So back a few years ago, my teacher told me about this trip to go watch Les Miserables in Dubai’s Opera House (I was living in UAE for a year at the time so I wasn’t going from Canada to Dubai 😂). I was a little hesitant at first but my parents told me I could go and my best friend came last minute so I was really happy. Along with watching the performance, we had a workshop with Javert’s actor on singing and acting. We had to prepare a classical song to sing out of the list and my friend and I did a duet to Look To The Rainbow. 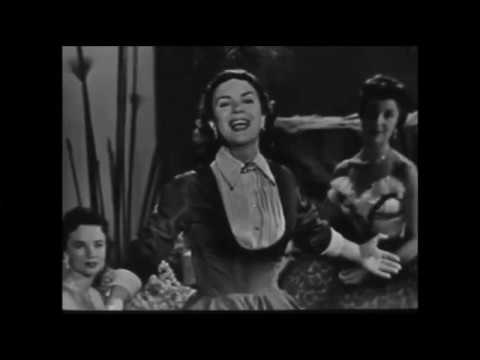 It was so out of what I’m used to singing so after I finished and he was like you have a pretty voice I was like haha no I can’t sing classical. And he was like okay sing me another song. I didn’t really expect it and the only thing I could sing well at the time was All Of Me and Thousand Years so I went with All Of Me. I wasn’t doing too bad until I got to the freaking chorus. 😂 On the longest note, I was going for a high note but my voice broke off and turned into a squeak followed by silence. It was so embarrassing I literally wanted to drop dead for a few seconds there. He was like bravo! great job. And omg you guys my face was a full-on tomato-potato mixture. 😂 I feel bad for everyone’s ears but eh at least it was fun.

Do you have any voice crack stories?

How was your puberty experience like? (boys, let’s not answer that)

And for my younger peeps, are you excited for the annoying process? But oh well, it’s cool that our bodies can do that.