Today is Earth Day and I know you’ve heard “don’t litter” and “carpool more often” too many times that we kind of seem to brush it off because one person can’t impact this giant earth right? Wrong. Because if everyone thought that, we’d cause insane amounts of damage and that’s exactly what we did over the last century.

Essentially, the plastic we throw away, car emissions and things we do in our daily lives that have great amounts of impact on climate and the health of the air and soil when done by so many people. It’s made insanely hard for us nowadays because of all the things businesses try to sell us that:

a). release so much carbon emissions in the process

b). they know we’ll throw out in a few weeks

Because money is worth more than the oxygen we breathe.

Sometimes I think we forget we’re human. We forget that we need basic necessities and the things we’re doing might eventually kill us and the wildlife around us. I even notice it within myself. Because we’re more excited about Kylie’s new lip kit than the whole “our plant is dying” message. It’s become so familiar to us just like “people in Africa are hungry” that we convinced ourselves that it isn’t even happening. And even when it is, we don’t even know how to fix it. So today, I’m going to be sharing 3 ways you can reduce your carbon footprint and if climate change does become irreversible, at least we could tell our kids that we tried instead of wondering what would happen if we did something about it. Wow guys look at me going all activist mode but anyways, let’s get starteddd. 😂

The amount of plastic bottles we have here is insane. I’m so grateful to be in Canada where the Great Lakes provide so much fresh water through our taps where so many countries around the world have to get it imported from areas far far away. Yet, we still keep purchasing bulk packages of bottled water because it’s cheap, convenient and less work. We have two water filters in our home and many glass cups yet there are so many plastic bottles under the couches, beds and more that cause even more hassle than when we first started.

We even have reusable water bottles but my dad said they’re too big for road trips and on the go when there are so many smaller water bottles available for purchase. Even back in UAE where it was a dessert, we’d have large tubs of water that we flip upside down for that water dispenser thing if you know what I’m talking about and those get refilled by water workers and here we are in North America using even more plastic for water when it is way more accessible here. It’s also the straws, bags and more that we forget about due to convenience and I feel like we need to be aware of this and start using alternatives like containers over ziplock bags. It may be more expensive at first but you’ll notice all the money you save long term is only you spent thirty extra seconds cleaning out a few cups instead of using plastic ones. 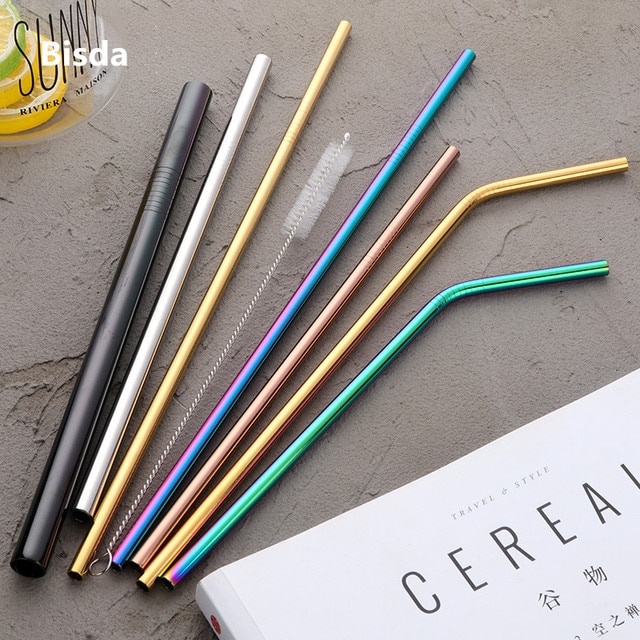 Also, mini stat right here – less than 20% of plastic is recycled so don’t be too fooled by the recyclable sign they put on bottles and bags.

2. Cut Back On Water and Electricity

It’s the little things like closing the tap while brushing your teeth that make the difference. If you’re not using something – don’t. keep. it. on. The inventions of sinks and light bulbs only came pretty recently and you can see the effects of misuse already. I’ll admit, I definitely stayed too long in showers sometimes or left a light open so that I could sleep better but those are just temporary reliefs that cause long term harm. I used to think that when water went down the sink it would be reused up again in a cycle but turns out that’s not the case so I’m definitely more aware now. 😂 Also, I was watching this documentary in Geography class and this guy was saying why do they use clean water for toilet water? It’s going to get dirty anyways so why waste it? That’s such a good point and engineers better do something about thattt. I’ve also started scrubbing my loofa with soap and putting in shampoo in my hair before I turn on the shower so now all I have to do is rinse everything off and there you go – showering has now become 2 minutes.

As a girl especially, it is a little tempting to go shopping and grab that deal for that cute sweater that I’ll probably wear once or twice. But before you make purchases, ask yourself if you really need it or when and where you’d wear it. Sometimes I make really dumb purchases but now I’ve started to buy certain pieces of clothings like long sleeve shirts, sweatpants and cardigans that I know will match with a lot of what I have already. If you struggle with letting clothes go like I do because “it’ll be handy for that one thing” think of ways you can revamp it or style it differently so that you could wear it more often. And if not, maybe give it to a friend or charity. Also, make sure you’re spending your money on good quality clothing like the other day, I almost bought these pair of pants that were clearly unironed and thin and low quality fabric just for the price but I stopped myself and I’m starting to really check the quality of how something is nowadays and how long it would last me.

I also like buying things a size up sometimes so that they fit comfortably on me and last longer but obviously if the size up is too big, don’t do that. Clothing is the third most contributing factor to pollution and as consumers, we really need to be careful with what lures us in. Don’t just rely on buying and donating because not all donated clothes are wanted. I definitely recommend watching Kristen Leo because she’s literally the queen of sustainable fashion. 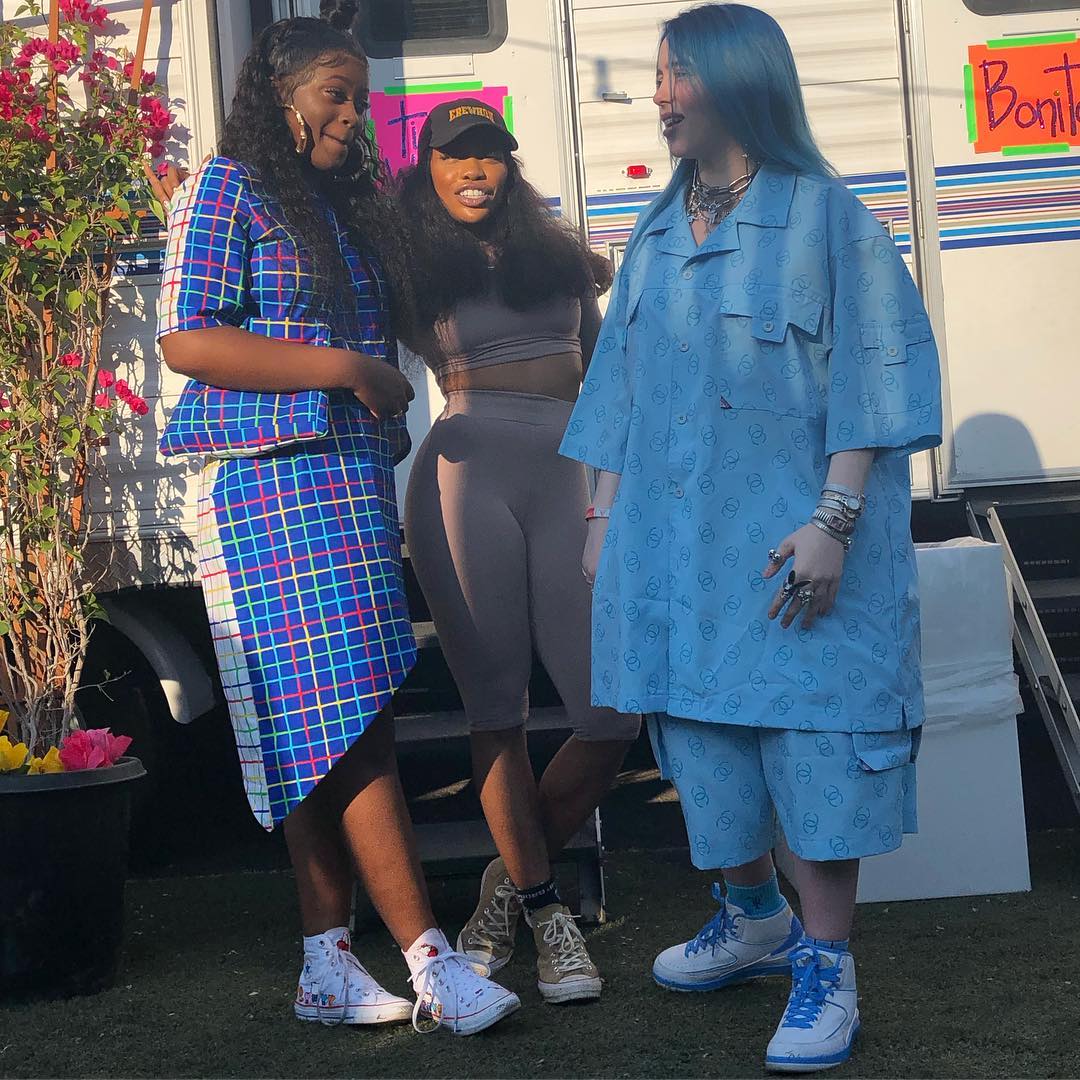 Anddd obviously you can do more like reduce car emissions but I’m still working on that and I don’t want to seem hypocritical because I have volunteering and programs that need car rides weekly and using transit especially here is sooo time-consuming and more expensive than just using a car. I’m moving locations I need to get to to walking distances next year so that’ll reduce my carbon footprint that way but for now, I’ll work on the things I could do. BBCleaningService reached out to me again so I wanted to share with you guys a couple more things you can do from their post: Green With Empathy.

this gif turned out much creepier than I thought

For more, make sure to check out their post here!

Anddd that’s all for today. I hope this gave you enough motivation or awareness to get acting. For me, it took thinking about nature and how our grandchildren may never hear birds chirping again or see extinct animals or flowers ever again. We started off with a cage around us but now, we’ve put cages around nature and wildlife. We need to start being selfless and it starts with me and you. Welp, there goes me being cheesy again. 😂

Are you passionate about climate change?

22 thoughts on “3 Ways You Can Lower Your Carbon Footprint”