Like many others, I stumbled upon a viral video a few months ago explaining the Uighur situation in Chinese concentration camps. It didn’t hit me at first because I felt so helpless and it was another one of those ‘ugh that’s so sad..*insert boost of gratitude for my own life here*’. It wasn’t until Aqsa contacted me recently for a collab request to address this subject that I actually started looking into it. My heart broke and I had a breakdown. Twice. I’m really sensitive when it comes to injustices around the world and almost always end up carrying the burden of not being able to do much about it. After all, I’m an unemployed and dependent high school student who does not have any political power or financial ability to change much.

But then I realized there’s something we all have. Communication. Now more than ever. If you’re mute, type it. If you’re blind, say it. Words can lead to actions and we as youth have the ability to do that right here right now. Today, I want to educate anyone who glanced at this issue and dismissed it like I did and what we can do to help. I hope this gives you the inspiration to speak up about issues that break you through any medium of communication you have. This is a collab with Aqsa and she’ll be sharing a poem and her views on this topic on August 21st so make sure to follow her so it can show up on your feed! I’ll try to keep this post short and effective so let’s get started.

Looking at the big picture, essentially what is happening is that the Chinese governments started to build literal concentration camps around China to place Uighur Muslims in. They call it ‘re-education centres’ to remove “extremist thoughts” from the minds of Muslims and work towards a more socialist and unified country. The twist is – they’re being forced to renounce their faiths in these camps, eat food that is forbidden in Islam, forget their ethnic language and heritage and adopt the Han’s Chinese and many are being physically and mentally tortured as we speak. They literally separate families and make adults paint and sing and dance when cameras and PR is around, only to beat them and manipulate them behind the curtains.

And what bothers me about all of this is the lack of education the government has on Islam itself. Extremist thoughts? Darling, talk about people who place one million women and elderly and children in camps to beat them and brainwash them. You hear of what one man did in the United States and suddenly every Muslim is like that. If we applied this rule to anything else in history – trust me when I say every single religion and nation will be painted black. 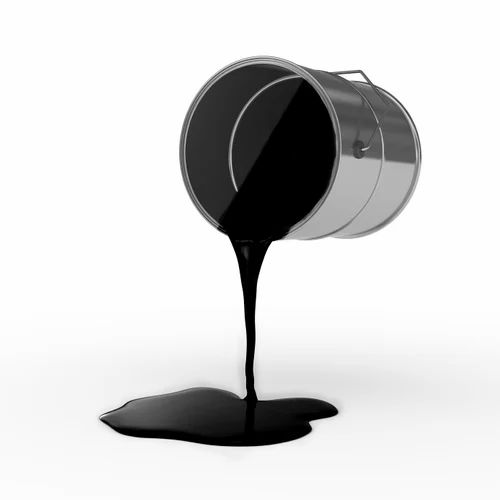 I’m going to get back to the issue itself and some backstory that I found through different videos. The Uighurs have always been a bit isolated and different than the rest of China and they had their own language, culture, common religion..etc. They’ve attempted to make their own little state in 1933 and 1944 back when countries were still shaping themselves but it got taken over by China soon after.

Obviously, this scares the rest of China and that fear of foreignity has drove them to do the things they did. Another reason (not that they’re valid) is because China started a new trading plan called Belt and Road where they get to trade with many different countries which will ultimately boost China’s economy. And because the main pathways go through Xinjiang (where the Uighurs live), China wants complete control over that area. They started sending Han Chinese to live there and eventually, the Uighurs went from being 82.7% in 1945 to 46.1% in 2008. Uighurs had to take on the lower class jobs while Han Chinese did sales and business, therefore earning more money and taking most of their resources.

A riot broke out in 2009 between the Uighurs and Hans. It was because the Hans recently killed two Uighurs at a factory in Shaoguan. I looked into this incident and turns out a Hans female walked into a room with young men in it and when the man pretended to get up to scare her (wrong move on his part like why?) she screamed and ran away. Some people made rumours that she was raped and assaulted by the Uighurs which was not the case. So there was a civil incident that happened to injure 118 people. Back in Xinjiang, now July 2009, Uighurs wanted to speak out against the Hans for killing their own and what initially intended to be a peaceful protest turned violent really fast. And this time, a lot of the Hans were affected. 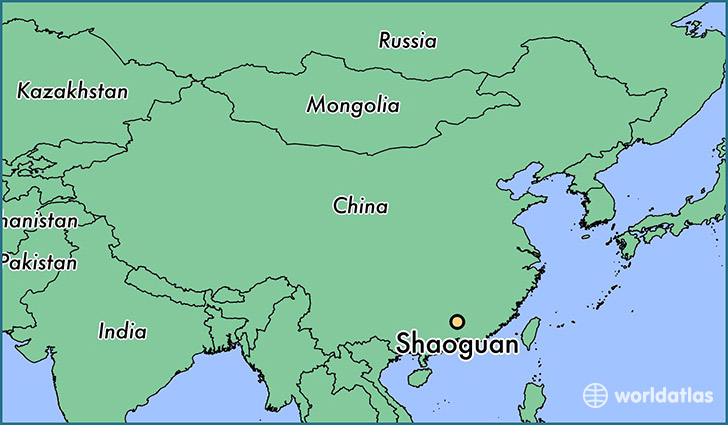 Due to all these civil fights, China was convinced that Uighur Muslims have “extremist mental issues” and worked towards eliminating Islam as a whole in China. They started banning fasting, public praying, beards…like what?? Why would you ban someone from abstaining from eating and drinking – are they spoonfeeding them to make them go against what they believe in? This all built up to 2017 when they started building camps. They say Muslims and Uighurs as a terrorist threat that needed to be maintained. 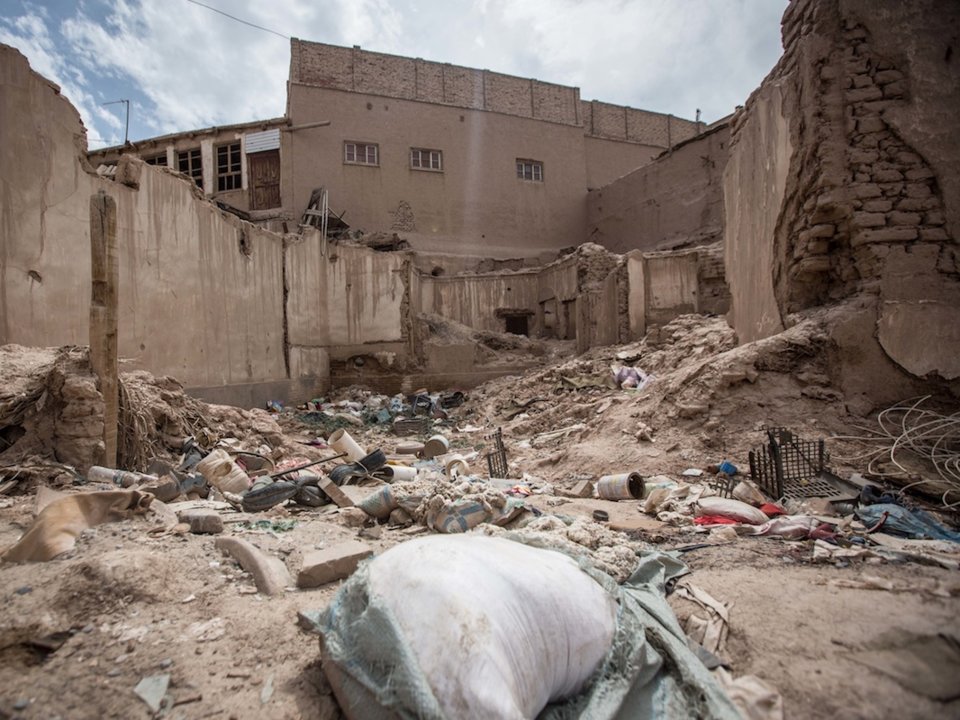 destruction of mosques in China

And I learned that there are two ways to combat fear: educating one’s self or violence.

They didn’t tell anyone at first but soon the truth got to the public. In these camps, they’re forced to memorize communist propaganda, criticize their religion and speak against it and many were beat up, locked up, killed and electrocuted. A journalist asked a bruised Muslim how he got here and he said ‘oh police told me to sign up and I was like sure. I like it here.’ He. was. bruised. Manipulation for the public, much?

When Aqsa and I were discussing this, she said that it seems a bit like the relationship between Europeans and First Nations. And I agree to some extent because Europeans forced them to assimilate and took their children away and banned them from their ethics and culture. But the more I think about it, the more this situation resembles the Holocaust.

Mental and physical trauma to people of the book? Check.

History is repeating itself in increments throughout the world and we fail to realize it.

Remember how the world came together against Hitler? That’s the way Muslims need to stick together when countries get oppressed. But what’s happening instead?

22 countries signed a paper against Chinese concentration camps and none of them were Muslim. Instead, Saudi’s prince actually supports and defends China’s “right” to persecute them.

Because many middle eastern countries are part of the trade and speaking against China will decrease their economy.

Why does our world value economy more than humanity?

This is the worse type of oppression because when there were crises in other countries like Syria, we could actually help by donating. We could volunteer. We could rescue. Through poverty, they could still worship God and that was more valuable than anything else in this world. But Uighurs can’t. And they can’t flee. And we can’t help unless we have the political power to speak up or cut ties with China.

So what can we do?

We need to be politically involved. We need to speak up to our senators. If you’re of age, vote for the right people. We need to bring awareness through social media, a blog post, instagram…anything! We can’t let it go. And Muslim countries especially CAN’T let it go. We can’t let Islam disappear like that. It’s our job as a generation to uplift our past generation, not spiral down. What will you say on the day of judgement?

A graffiti sentence was sprayed in the bathroom of a Uighur camp where someone wrote:

Let our hearts break for the oppressed and let’s change history for them.

That’s all I have to say for today. I hope you found this beneficial like I found it researching it in the past few days.

This is a documentary I found emotional but beneficial. Watch it at your own discretion.

Have you heard of these Chinese camps?

Make sure to check out Aqsa’s post on Wednesday, August 21st here. I’ll see you all in my next post.

38 thoughts on “Let’s Get Real: Oppression of Muslim Uighurs in China ft. AqsaSaysWhat”